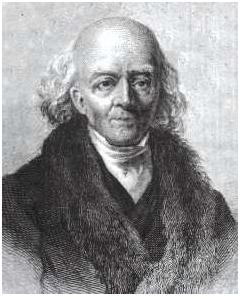 Homoeopathy is the science and art of healing par excellence which was originally developed by the German physician Samuel Hahnemann (1755-1843). The term ‘homoeopathy’ is derived from Greek words (homoion pathos) and means ‘similar suffering’.

Homoeopathy’s foundation principle is;
‘Similar should be treated with similar’.

This law or principle is based on a long history of observations as far back as Hippocrates, the Father of Medicine, and other ancient healers such as Paracelsus. It can be explained (& demonstrated) that substances that produce symptoms in a healthy individual can be used to treat similar symptoms in a sick person. Thus homeopathic treatment is believed to stimulate the body’s ability to fight infection and susceptibility to disease.

What was the logic behind this principle’s development? 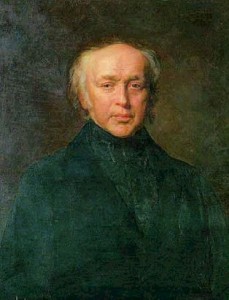 Dr Bonninghausen, originally a Judge, Doctor of Law and Bontanist, became a Master Homoeopath after homoeopathy cured his Tuberculosis

During the 1790’s the Chemist, Professor & Doctor Hahnemann (who knew 7 languages) translated the book of a Scottish pharmacologist, Prof. Cullen, who taught that the effect of the remedy Cinchona bark in malaria is because of its supposed ‘strengthening’ the stomach due to its ‘bitter’ quality. Hahnemann knew that hundreds of other medicines were also bitter and they had no effect on malaria. So he thought this was an unreasonable explanation. Hahnemann also had come across medical articles which stated that Cinchona had created malaria like symptoms in some individuals who did not have malaria. Therefore as an experiment following the scientific inductive method, he himself took Cinchona bark extract. Hahnemann developed symptoms very much like the disease malaria soon after taking Cinchona: Symptoms like sweating, chill, fever, shivering, pain in the bones, etc. After repeating this same experiment over and over and observing its reproducibility his rational logical deduction was the following: without any doubt 1) Cinchona is known for its healing power in certain forms of malaria and 2) Cinchona is able to produce symptoms like malaria in a healthy person. The awareness of a new principlebecame apparent. The logical question followed; is Cinchona therefore able to treat malaria because it can also produce symptoms like malaria?

Dr Hering, considered the ‘father’ of homeopathy in the US.

Hahnemann then demonstrated this new principle with many medicines used during his time and throughout history. After forming this resultant hypothesis Hahnemann made many investigations of different medicines on healthy persons & toxicological reports and noted all the symptoms that arose in such drug experimentations (or provings). He recorded over a million symptoms which we have on record called the Materia Medicae.  If a sick person had similar symptoms during his disease, Hahnemann (and later his medical colleagues) was able to treat this disease with a medicine which manifested a very similar symptom complex which was also listed in records compiled during the drug provings. For eg. Belladonna (amongst hundreds of other symptoms) causes a rash and other symptoms which look very much like Scarlet Fever and therefore Hahnemann used Belladonna to treat Scarlet Fever and to even prevent it during Scarlet Fever epidemics! As Homeopathy uses a universal law or principle in nature (like treats like) it still works today. Similarly, just like the principles of gravity can be used today & into the future.